Streaming sports was once an elusive proposition for cord cutters until recently. In the past year, more and more pro sports have become available via streaming. Sling TV and Playstation Vue have brought ESPN and regional sport networks to the cord cutting community, but OTA network sports were near impossible without an antenna.

CBS is looking to close that gap as they announced a multiyear deal with the NFL to stream all NFL ON CBS games beginning this Sunday, Dec. 4. This includes all NFL ON CBS regular, preseason and postseason games.

“CBS has been one of our most trusted and valuable partners for over 50 years, and we’re happy to extend our relationship with them in new and exciting ways,” said NFL Commissioner Roger Goodell. “Distribution of our games on CBS All Access is a win for the millions of NFL fans across the country, especially those looking to watch our games on these emerging digital platforms.”

“Bringing the NFL to CBS All Access is a very significant step in our digital strategy and provides additional value to our subscribers,” said Marc DeBevoise, President and Chief Operating Officer of CBS Interactive. “We look forward to a terrific 2017 for CBS All Access with the NFL and the launch of our new original programming.”

“This deal is a great addition to our ongoing strategy of expanding availability of NFL games to fans on as many platforms as possible,” said Hans Schroeder, Senior Vice President, Media Revenue, Strategy, and Development for the NFL. “By including all NFL ON CBS games on CBS All Access, we have the opportunity to reach more NFL fans in more places than ever.”

You can add the CBS All Access app to your Roku via your onscreen channel store, or by clicking here and adding it online.

If you’d like to try a free trial of CBS All Access check out our affiliate link below: 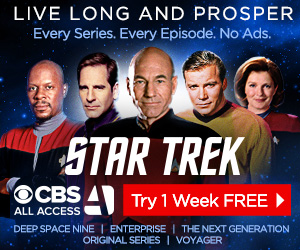 William B. West has been an internet journalist since 1998. Writing for a total of 25 pro wrestling news sites at his peak, before retiring only to return to online journalism in 2011. Currently William is editor of WBWTV.com, a contributor to WrestleOhio.com, and editor in chief of PowYeah.com & Rokuki.com.

1 Free Month Of CBS All Access With Coupon Code

This site uses Akismet to reduce spam. Learn how your comment data is processed.

My Roku Says “HDCP Unauthorized Content Disabled”, How Do I Fix It?